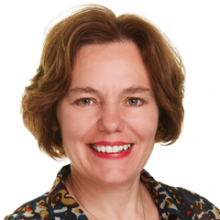 Rebecca Petras is Translators without Borders’ first program director, spearheading the organization’s initial development as an international charity with a mission to increase access to knowledge around the world. Under her stewardship, the organization has become the main language and translation charity in the world, translating more than 800,000 words for non-profits every month, creating the first-ever rapid response crisis translation network and receiving funding from major foundations and corporations around the world. Prior to her current role, she was a board member for Translators without Borders, serving on the executive committee as the head of the marketing. She also is a board member of Translators without Borders Kenya. Rebecca has years of experience in the localization industry, handling public relations and marketing for the Globalization and Localization Association, and a number of language service providers. She ran the Petras Associates marketing business for 12 years working on client in industries ranging from high technology to translation to consumer goods. She also previously served as vice president at Ketchum International, senior account manager at Dan Pinger Public Relations and professional writer at Andersen Consulting. She holds a master’s in journalism from Columbia University in the City of New York and a bachelor’s degree from the University of Michigan.

My presentation will give the audience an overview of our Words of Relief crisis relief translation network, the first such network attempted. We are piloting it in Nairobi, Kenya, but it is intended for use anywhere in the world. It has several components, including development of a crisis messages database for affected populations in as many languages as possible, and on-the-ground response (as needed). But I will focus on our Words of Relief Digital Exchange, which is the ability to rapidly translate messages coming from affected populations right after a sudden onset crisis, and get them back out to those who need them as quickly as possible. Instead of these messages being ignored by crisis mappers and first responders (because of the language issue), we are creating a system that uses them to paint a picture of the worst hit areas and the most affected communities. In some cases, we use actual rapid response translators, but we also are building in machine translation (where it is effective) to improve the response.

This type of information is used by data collectors, and in some cases, also media who are trying to report on the situation. So, in that regard, we are improving the overall response and view of the crisis by making sure the voices of those who are affected are heard, regardless of their language.