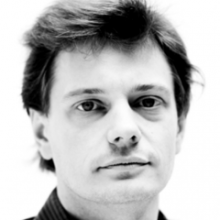 Antoine Isaac is R&D Manager at Europeana. He holds a PhD in Computer Science from University Paris-Sorbonne, where he started to work on applying Semantic Web and Linked Data techniques for cultural heritage (then at the French National Audiovisual Institute, INA). He has contributed to various national and European research projects, and has been involved in a number of W3C groups, notably for SKOS and Library Linked Data. He is co-author of the French book “Le Web sémantique en bibliothèque”. He is also a guest researcher at the Web & Media group in the Free University Amsterdam.

Europeana provides online access to digitized material from Europe's libraries, museums and archives. We will discuss the language challenges Europeana has to tackle in order to exploit metadata for objects that come from individual EU countries but should be findable by users (and exploitable by services) from everywhere across Europe.